President Joe Biden winning the U.S. election last November sparked excitement for cannabis reform in the industry. Once Democrats took control of the Senate in January, there was even more optimism. Although little progress has been made since then, Senate Majority Leader Chuck Schumer is intent on leading the charge and pushing for not just reform but the outright federal legalization of marijuana.

The cannabis industry also has an unlikely ally in its fight: Amazon.com (AMZN 3.66%). But could the company’s interest go further than lobbying for legalization? Could Amazon end up investing in the sector? 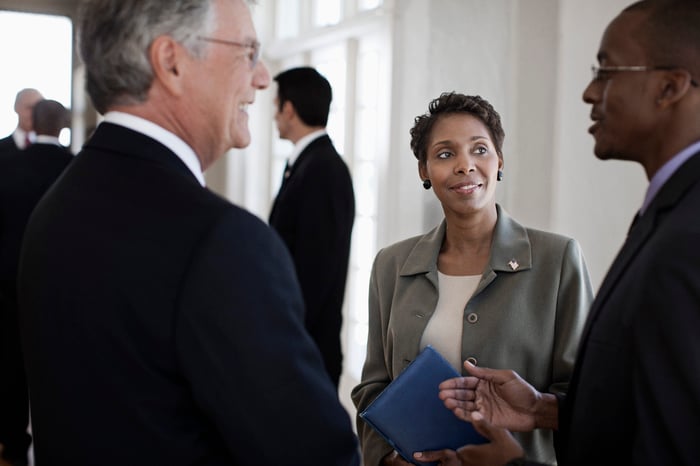 Why it makes a lot of sense

On Sept. 21, Amazon announced that it supports the Marijuana Opportunity Reinvestment and Expungement (MORE) Act. Amazon also said it supports the Cannabis Administration and Opportunity Act — the bill that Schumer unveiled earlier this year that would legalize marijuana federally. The company is also lobbying Congress, spending at least $5 million in 2021 so far to help push cannabis reform along, according to Business Insider. Further, Amazon said it no longer screens job candidates for marijuana use when hiring for positions that aren’t federally regulated (for example, certain Amazon jobs are regulated by the Department of Transportation.)

There are a couple of reasons Amazon might favor legalization. The first is that management wants to advance progressive social issues. The company said according to national data, “pre-employment marijuana testing disproportionately impacts people of color and acts as a barrier to employment.” By removing those barriers, the company could employ a more diverse workforce while driving positive change. Another reason Amazon might be pro-marijuana is that legalizing the substance would open up an entirely new industry for the tech company to dive into and profit from. MarketsandMarkets projects that the industry will grow at a compound annual growth rate of 28%, and that by 2026 it will be worth more than $90 billion.

Entering the cannabis sector would not only create a new growth avenue for Amazon, but it would also create more opportunities for people who have been negatively affected by the federal ban on marijuana. The company already allows its sellers to sell hemp-based products (which are federally legal) and allowing the sale of more potent marijuana products could be a natural extension. In addition, Amazon could use its large logistical network to transport products, if it were to acquire a large multi-state operator — an option that would be easier than setting up its own growing operation from scratch. And Amazon has a long history of making large acquisitions in new industries.

The myriad of cannabis companies Amazon could invest in

Some marijuana companies have partnered with businesses in other sectors, but there are still plenty of cannabis businesses that would benefit from a big investor like Amazon.

One option is Canadian pot producer Aurora Cannabis (ACB -38.46%). Aurora has struggled with generating consistent revenue growth, and profitability remains a long-term goal. Partnering with a company like Amazon could help revive its business. And since it’s based in Canada (where pot is legal federally), it can trade on a major exchange such as the Nasdaq — U.S.-based multi-state operators don’t have that luxury. With Aurora’s footprint that spans 25 countries, Amazon would instantly gain global distribution and expertise.

But if Amazon wanted a more direct way to help communities of color in the U.S., MSO Ascend Wellness (AAWH 0.00%) is another option. The company is operating in five states (Illinois, Michigan, Ohio, Massachusetts, and New Jersey) and has also been at the forefront of social justice issues.

Ascend is growing at a staggering rate, projecting that for 2021, its net revenue will come in between $330 million and $350 million — more than double the $144 million it generated a year earlier. And it is also profitable (on an EBITDA basis) with a margin of more than 24%. True accounting profitability may still be years away for many cannabis businesses, but Ascend is already posting a strong bottom line. And with a company like Amazon in the mix, it could get there a whole lot quicker.

These are just a few examples of companies that could help give Amazon a path into the cannabis sector.

Should investors expect Amazon to invest in cannabis?

Given the opportunities in the sector and the potential to promote social issues, cannabis does seem like an area that Amazon might target for expansion. With many marijuana companies valued below a few billion dollars, it wouldn’t take much for Amazon to buy one outright. As of June 30, its cash and cash equivalents balance was more than $40 billion.

Although many individual states permit marijuana, the drug remains federally illegal. Amazon isn’t likely to get involved in the U.S. pot market until that changes because there are too many obstacles, including the risk of damaging its relationship with big banks. Most large financial institutions steer clear of the cannabis industry, fearing potential repercussions from federal regulators. That’s not likely to change until marijuana becomes federally legal, or legislation such as the SAFE Banking Act passes (although it has made it through the House of Representatives five times, it has yet to pass the Senate).

From a logistical standpoint, not being able to transport products across state lines (or between Canada and the U.S.) means Amazon’s efficient and vast network wouldn’t be of much help in growing a cannabis company’s presence in North America. That alone may be enough of a reason for the company to hold off on investing in a marijuana company until the federal government changes the law.

But once the U.S. government legalizes marijuana (and that could still be years away from happening), I wouldn’t be surprised if Amazon were to make a splashy pot investment.

For now, Amazon investors hoping to gain exposure to the sector may be better off investing in the AdvisorShares Pure Cannabis ETF, which holds a variety of cannabis stocks in its fund.

No comments to show.

We use cookies on our website to give you the most relevant experience by remembering your preferences and repeat visits. By clicking “Accept All”, you consent to the use of ALL the cookies. However, you may visit "Cookie Settings" to provide a controlled consent.
Cookie SettingsAccept All
Manage consent

This website uses cookies to improve your experience while you navigate through the website. Out of these, the cookies that are categorized as necessary are stored on your browser as they are essential for the working of basic functionalities of the website. We also use third-party cookies that help us analyze and understand how you use this website. These cookies will be stored in your browser only with your consent. You also have the option to opt-out of these cookies. But opting out of some of these cookies may affect your browsing experience.
Necessary Always Enabled
Necessary cookies are absolutely essential for the website to function properly. These cookies ensure basic functionalities and security features of the website, anonymously.
Functional
Functional cookies help to perform certain functionalities like sharing the content of the website on social media platforms, collect feedbacks, and other third-party features.
Performance
Performance cookies are used to understand and analyze the key performance indexes of the website which helps in delivering a better user experience for the visitors.
Analytics
Analytical cookies are used to understand how visitors interact with the website. These cookies help provide information on metrics the number of visitors, bounce rate, traffic source, etc.
Advertisement
Advertisement cookies are used to provide visitors with relevant ads and marketing campaigns. These cookies track visitors across websites and collect information to provide customized ads.
Others
Other uncategorized cookies are those that are being analyzed and have not been classified into a category as yet.
SAVE & ACCEPT